We Came Here To Work - Vinyl 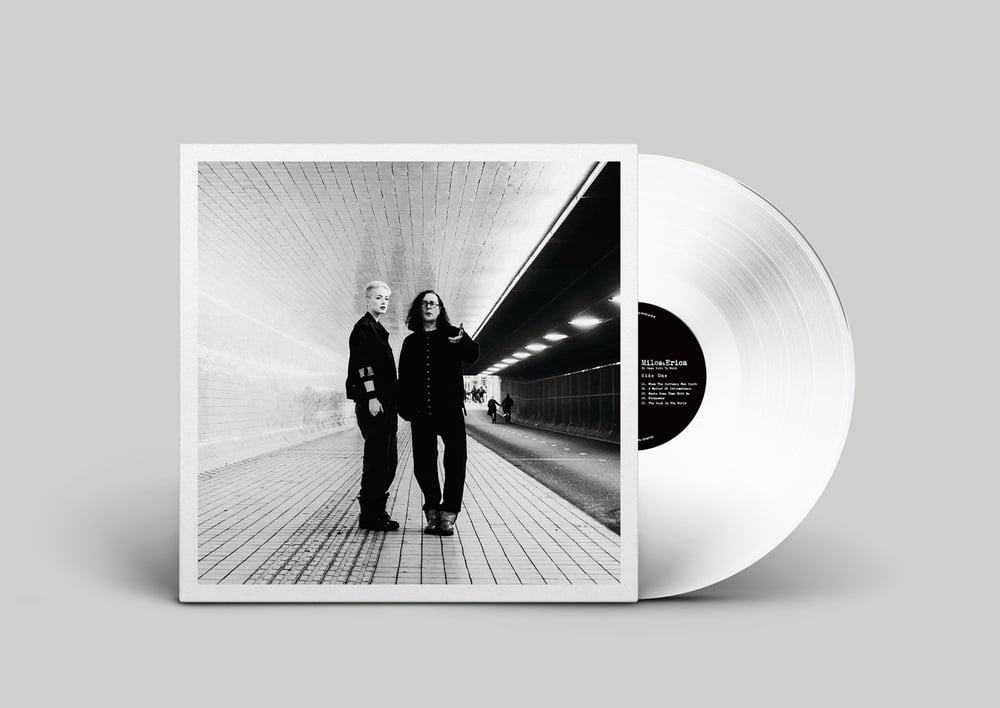 This record comes on clear vinyl and is strictly limited to only 300.

‘We Came Here To Work’ is the third studio album from Miles & Erica. After an extensive touring schedule with The Wonder Stuff in 2016 the duo decided to head into calmer waters at the beginning of this year by returning to their acoustic project.

“As much as I love rockin’ out with the band there is a side to me that enjoys a more relaxed approach to making music. Erica and I have been touring as an acoustic duo for ten years now and we thought it was about time we added some new material to our acoustic arsenal”.

“The music that The Wonder Stuff make is for nights out with your friends, what Erica and I have hopefully done with ‘We Came Here To Work’ is made music for nights spent at home in more genteel company”.

Peppered with Hunt’s trademark acerbic lyrics and Nockalls’ pleasingly angular string arrangements ‘We Came Here To Work’ is a stark and reflective piece of work.